The Importance of Multicultural Education History 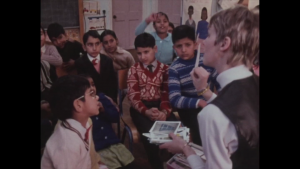 The History of Education Society welcomes a post by Joe Hopkinson. Joe is a Heritage Consortium PhD Candidate at The University of Huddersfield researching ‘The Experiences of Commonwealth Immigrants at School in the Industrial North, 1960-1980’. He was the winner of the Royal Historical Society Postgraduate Public History Prize 2018. You can view his award-winning documentary film here: https://www.youtube.com/watch?time_continue=81&v=dcebaTMspUk.

Britain was a multi-ethnic society prior to the introduction of mass education in 1870. Irish, Jewish, Black, South and East Asian communities were already well-established in certain British areas. Multicultural education only emerged however during the 1960s and 1970s when ‘coloured immigrant’ pupils suddenly became a concern for education authorities due to mass migration from the Commonwealth.

Families from nations such as India, Pakistan, and the Caribbean Islands arrived in large numbers to ‘beat the ban’ created by the Commonwealth Immigrants Act 1962. Their arrival was so unexpected that certain schools developed super-diverse pupil roles before any multicultural teaching philosophies had been developed. New pupils would enrol sporadically throughout the school year; one or two might arrive over a fortnight, but sometimes a class or two of students could arrive in one school en masse. As their parents generally came to work in Britain’s declining manufacturing industries they tended to initially settle in inner areas of certain towns and cities. This meant that a small amount of schools quickly developed large numbers of pupils from different Commonwealth nations before receiving any resources or directions on how to teach them.

Most educators were entirely ignorant of the newcomers’ cultures and had to use their own initiative to teach and communicate. In the case of non-Anglophone children from places like Pakistan and India teachers often had to resort to miming or drawing pictures. Part of the problem was that few English people had any experience in teaching English as a Second Language (E2L). At Spring Grove Primary School in Huddersfield for example they initially relied upon a Swedish woman who was the only staff member with any experience learning to speak the English language. There were no books available, except for a small number that had been used to teach English in a colonial context, so teachers had to swiftly create their own E2L programmes and learning materials. A ‘do it yourself’ attitude towards teaching Commonwealth newcomers developed and continued throughout the first two decades of multicultural education.

Government directives on teaching ‘coloured immigrants’ were few and far between at first, and their initial stance was that immigrants should just assimilate into British society. By the 1970s their rhetoric had evolved to promoting multiculturalism but the government did little to actually facilitate this through education policy. In 1965 the Department of Education and Science, the antecedent of today’s Department for Education, recommended that Local Education Authorities disperse coloured immigrant pupils via bus to avoid them making up more than a third of any school’s pupil role. This was essentially the only national government directive on multicultural education until the Race Relations Act 1976 which prohibited racial discrimination in schools. Multicultural education therefore came about primarily through the actions of individuals and local groups as opposed to through any central direction. 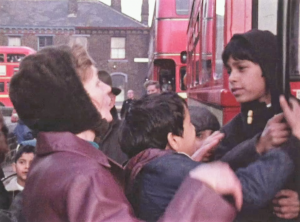 It is important to note that racial prejudice towards ‘coloured immigrant’ pupils also emerged without direction. One could argue that the government officially sanctioned racism when it began inhibiting ‘coloured immigration’ through the Commonwealth Immigrants Acts, or introducing discriminatory practises such as bussing, but as Randall Hansen notes it would be inaccurate to say that ‘a liberal, xenophile public was talked into racism by elite duplicity’ (Hansen, 2000). White people across the country exhibited shocking prejudice towards immigrants, and this manifested itself in a variety of ways in schools. Immigrant children were frequently segregated by the usage of dispersal bussing, reception centres, and special language training units because these programmes often involved using classrooms outside of the school in buildings such as the local church or working men’s club. Furthermore, teachers were likely to have low expectations of their ‘coloured’ pupils. Enoch Gay who arrived in Huddersfield from Grenada in the 1960s noted that ‘they didn’t seem to expect Black people to be academic’. Because of this many Black and Asian pupils during this period were denied the chance to achieve their full educational potential. Moreover, it was revealed in the early 1970s that Black and Asian pupils were scandalously over-represented in schools for the educationally subnormal (Coard, 1971). Immigrant students also suffered at the hands of their classmates. Many white children shunned the newcomers, and the 1960s and 1970s were infamous for ‘Paki-bashing’, and racially motivated violence in general. One man from Bradford for instance described enduring ‘Paki-bashing days at the end of school term’. (Umbreen Ali, Lancashire Telegraph, 29 June 2016).

Many people today assume that racism no longer is a prominent feature of the British education system, but this is disputed by a number of authors (Gillborn, 2001; Tomlinson, 2005). Things have undoubtedly improved, but as Paul Ward states ‘a narrative of a progressive acceptance of immigrants and their descendants as Britons would be untenable…[i]n no way should the persistent racism of some British people be underestimated’ (Ward, 2004). It is therefore important that public history projects engage with the experiences of the first generations of Commonwealth pupils to counter discourses which downplay or ignore historic and ongoing instances of racial discrimination. Their voices and memories form an important part of our recent multicultural heritage, and highlighting them is beneficial for everyone.